The Striking Sound of The Cobras 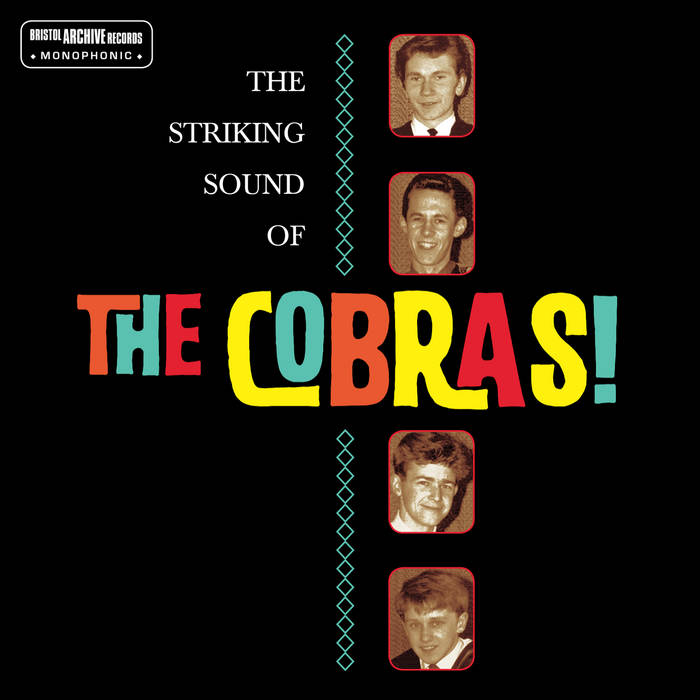 The influence of Rock n’ Roll cannot be underestimated, it has permeated all aspects of British life over the last 70 years. Fashion and Art owe something to the genre, but of course its influence on music has been the most significant. Rock n’ Roll gave us such musical luminaries as Elvis Presley, Chuck Berry, Little Richard and Jerry Lee Lewis to name but a few. But it wasn’t just the American artists that caught the attention of the record buying public, there was the home- grown talent as well, such as Cliff Richard and The Shadows, Johnny Kidd and the Pirates, Billy Fury and even The Beatles who all tried to emulate their American heroes.

Bristol four-piece band The Cobras were no exception, coming from a generation that had been weaned on the likes of Frank Sinatra, Bing Crosby and Dean Martin, a style of music that was more identifiable with their parent’s teenage years than their own. Like most teenagers The Cobras were looking for their own form of excitement, an excitement they were to find in Rock n’ Roll and its many derivatives such as Californian Surf Music.

Formed in the early 1960’s, the Cobras through hard work and perseverance reached a level of musicianship that enabled them to credibly cover many of the hits of the day as well as performing their own material. Luckily for us they had the foresight to record for posterity many of their practise sessions, live performances, and very limited self-financed studio time.

Listening to the 14 tracks contained on this CD some 50 years later, is a real treat. Compositions from household names such as Chuck Berry, Gene Pitney, Bruce Welch, Little Richard, Duane Eddy and Lee Hazelwood sound as good today as they did when they were first performed all those years ago. And it wasn’t just Rock n’ Roll that The Cobras could turn their hand too, the Hazelwood/Eddy composition 3.30 Blues really hits the mark, but it’s the self-penned tunes that really show what might had been had the Cobras landed that elusive recording deal. Their superb composition “Ghoulash” could easily have been included on any Shadows album or film soundtrack of the day.
The Cobras were never going to topple The Shadows from their exalted position, but with a little bit of luck, encouragement and guidance who knows what they might have achieved.

Once again Bristol Archive Records have unearthed a treasure trove of never heard music that goes to prove not all the best music was committed to vinyl.