The Bristol Reggae Explosion 2 'The 80's' 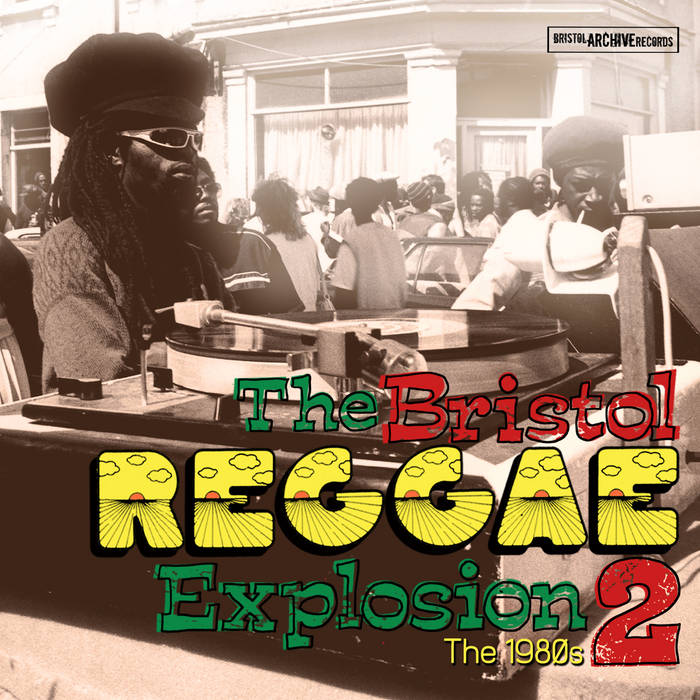 Following the critical and commercial success of “The Bristol Reggae Explosion 1978 - 1983” Bristol Archive Records have dug even deeper into the city's reggae heritage for the follow-up, “Bristol Reggae Explosion Volume 2 - The 1980s”. This time we continue our quest not only with a selection of rarities, but with several tracks that have never been previously released, by popular demand Volume 2 also comes with greater dub content.

Bristol's top roots exponents Black Roots feature once more, “The Father” is a prime example of their early roots style. Whilst “Pin In The Ocean” shows the later more commercial sound they adopted in collaboration with the Mad Professor, both tracks can also be found on the label's “Black Roots The Reggae Singles Anthology”, a career spanning overview.

Bunny Marrett wrote Black Roots' “Bristol Rock”, the opening track on Volume 1 so it's only appropriate and with great pleasure that we include his sole vinyl outing, the very scarce “Times Are Getting Harder”, a great slice of UK roots. When it comes to scarcity there were reputedly just 200 copies pressed of “Robin Hoods Of The Ghetto” by Cool Runnings, we believe it deserves a much wider audience.

The Radicals, 3-D Production and Joshua Moses will be familiar to those who have Volume 1 and return with more of the same. The Joshua Moses track is previously unreleased and appears here thanks to the detective work of Mike Darby. Another unreleased track we've managed to uncover is Alfred McIntosh's “Wicked Dub” a 7 minute workout that helps give this release a greater dub flavour.

The mid part of the decade is represented by Zapp Stereo's appropriately titled “Way Out West” and Lord John Hutchinson's “Little Eyes”. Both tracks are previously unreleased. The albums closing track is Dan Ratchett's “Raggamuffin Girl”. Recorded in 1989 it perfectly sums up the way Reggae music started to change direction. Dan was an ever present part of the Bristol scene in the late eighties and nineties and hopefully this will be the first of many tracks we get to license for future releases.

Rather than discuss all the tracks in detail we've left a few surprises for the listener to discover for themselves, but you can be sure that this release builds on the strengths of Volume 1 and explores the Bristol scene in far more depth. Hopefully it shows how the live, band based scene at the start of the decade evolved to be more solo artist based a few years later. This sowed the seeds for the explosion in studio based production companies that were just around the corner, the two volumes compliment each other perfectly, roll on Volume 3!