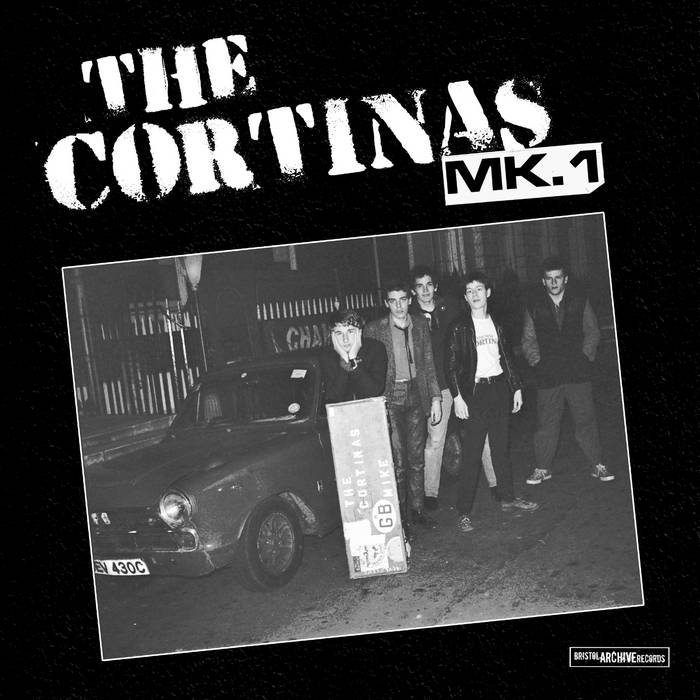 Bristol's first punk band, The Cortinas, formed in March 1976 when Jeremy Valentine (vocals), Nick Sheppard (guitar), Mike Fewins (guitar), Dexter Dalwood (bass) and Daniel Swan were still at school.“Jer put the band together, he definitely had a vision of what he wanted; he was very hip – Dexter and Mike went to the same school as him” remembers Nick. “He found me via Mark Stewart, who I went to school with, and I brought Dan in; we had played in a band together before. We used to practise at the back of Jer’s Dad’s shop”.

The Cortinas soon built up a big local following, and a break came when the band supported The Stranglers at the fabled Roxy Club in Covent Garden on 22 January 1977. Nick recalls how it came to be: “Hugh Cornwell was staying at a friend of his’ flat near the university, on holiday, and me and my girlfriend met him in the street. This would have been in the summer of 76. We started talking to him because we recognized him from seeing The Stranglers and hung out for the afternoon. I told him about the band. Later on, in January 77, he sent us a postcard asking us to play at the Roxy, so we rang up and said yes! I remember my mum telling me not to be too disappointed if people didn’t like us…”.Things then moved quickly for the band. Miles Copeland and Mark Perry's Step Forward label released the classic singles 'Fascist Dictator' in June and 'Defiant Pose' in December, the band recorded a fine Peel session, and they appeared on the front cover of the April/May issue of Sniffin' Glue. Heady stuff, but sadly, it was over all too soon.

The following year, after a poorly received album, the band were no more, but in 1977 they were unstoppable – simply one of the best first wave punk bands around.
This album contains all four tracks from those two great singles, plus ten rare early demo tracks, all newly remastered.