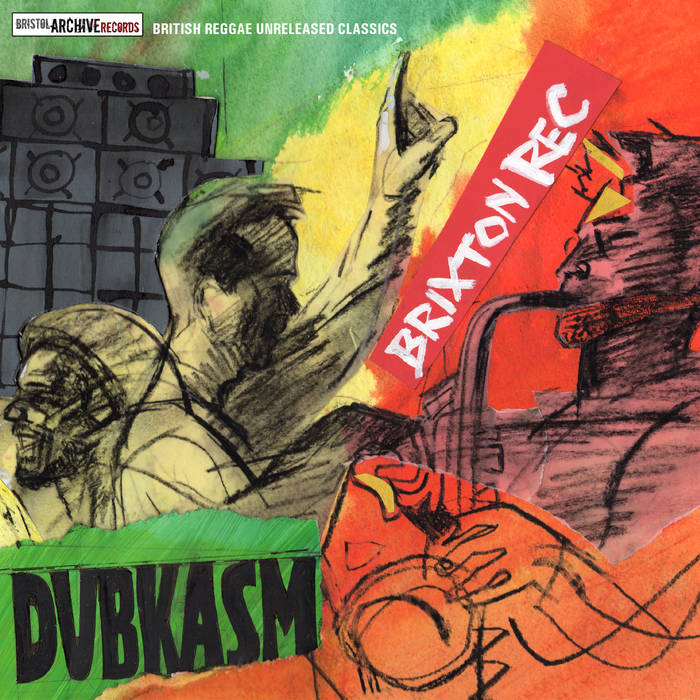 Leading lights in the 21st century UK digi dub/roots scene Dubkasm have built themselves a worldwide following for their brand of reggae since launching their own Sufferah's Choice label in 2003. What many fans may not realise is that even before that first Sufferah's Choice release, Dubkasm had nearly a decade's worth of recordings behind them. Unfortunately, other than a track on the 1996 “Dub Out West Volume Two” compilation album, those early recordings were the preserve of leading UK sound systems such as Aba Shanti and Jah Shaka and could only be heard played off dub plates at dances.

Dubkasm have finally decided that the time is right to share the story of those early years and make a selection of those formerly exclusive tracks available for everyone to enjoy. Being proud of their Bristolian roots, Dubkasm found the perfect partner for the project in Bristol Archive Records and the label's ongoing programme to document and make available Bristol's reggae heritage. As if a selection of previously unreleased tracks from Dubkasm wasn't enough, these particular tracks were all played by leading sound system operator Aba Shanti and the versions were all personally mixed by him to achieve the ideal sound balance on his sound system. Once Dubkasm's Digistep had finished initial mixes of the tracks, he would deliver the multi track master to Aba Shanti who would then mix down his own exclusive versions.

It's the Aba Shanti connection that inspired the album's title, for it was at Aba's legendary sessions at the Brixton Rec that these tracks could be heard to full effect. The album is named in tribute to those great sessions and hopefully the music captures a bit of that magic as well as bringing back some great memories for those who were there, or even those who were only there in spirit through the medium of sound tapes.

Thanks to DJ Stryda's long standing Sufferah's Choice radio show Dubkasm are in contact with many of the scene's leading players and four of the vinyl's eight tracks are vocals with contributions from Tena Stelin, “The Soul” and “Spiritual Warrior Time”, the deeply missed Lidj Xylon, “The Order” and Bristol's own, and Dubkasm regular Ras Addis, “Jah Bible.” Each of the vocals is accompanied by its dub counterpart and each track is UK roots of the highest order.

The CD and download version contain three bonus tracks, a melodica cut to “The Soul”, “106.2FM” a track that captures the vibes as Aba Shanti both mixes and sings live and finally “Earth Rocker” which is actually a recording captured in a dance at Brixton Rec; about as authentic as we could get even if the audio quality leaves a little to be desired. Bristol Archive Records take the story of reggae in the city forward into the 1990s with this essential and previously unreleased selection. complete with sleeve notes, telling the story of Dubkasm's early years including rare archive photos. “Brixton Rec” is released on Limited Edition Vinyl, CD and digital download October 8th 2012

And last but by no means least; the Glass and Howard families.

This album is livicated to the memory of Lidj Xylon, Sis Rowena and The Rock.

Thanks to Chris Molan and Sara Glass for the cover illustration, ‘Brixton Rec’.
Photo Credits: Thanks to the original photographers and artwork designers with whom copyright remains on their work