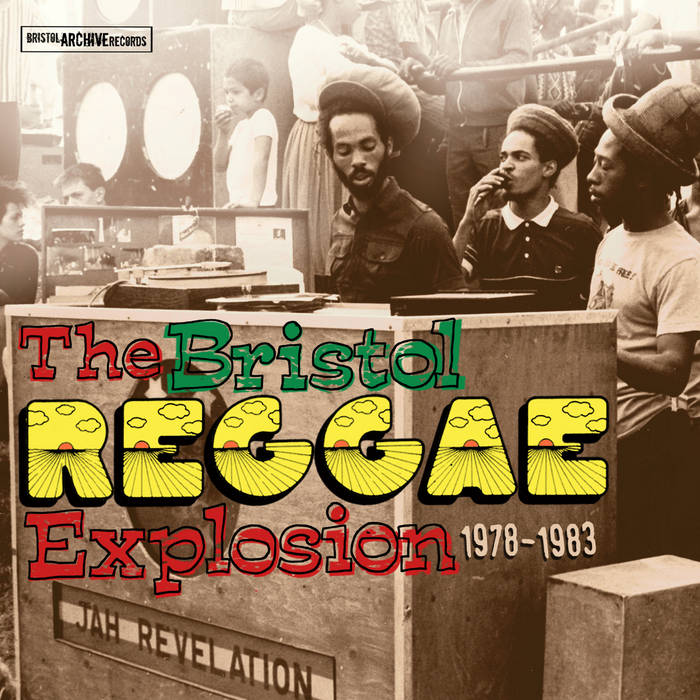 From Pop to Punk, the late seventies and early eighties saw a huge explosion in the number of local bands as more and more people thought they’d give it a go, new studios and independent labels weren’t far behind and Reggae wasn’t going to be left out of the musical mix.

If the majors were even aware of Bristol they showed minimal interest and it was left to the bands themselves and the handful of indie labels to document Bristol’s contribution to what was then a vibrant UK Reggae scene. Working on tight budgets and with no money for marketing campaigns local bands managed to release a small, but steady flow of vinyl, mostly pressed in tiny quantities and often sold direct to fans at gigs, these records, although cherished by those who own them, and sought by those in the know, have been largely ignored by the wider music industry.

Fortunately Bristol music has its own champion in the shape of Bristol Archive Records, a label with a mission to share our great musical heritage with the world, “The Bristol Reggae Explosion 1978-1983” is the first and only attempt to document the local Reggae scene from the late seventies until the early eighties. With the exception of the Black Roots tracks none of the recordings have ever been reissued and all were originally released before CD had been launched, so this is their debut in the digital format.

The music itself reflects the dominance of the Roots style in Bristol, even today Roots is by far the most popular type of Reggae in both the retail and live scenes locally, Black Roots live up to their name and show why they were the equal of any UK Reggae band in their day, Talisman, Restriction and 3D Production follow in their Roots footsteps, but a real highlight of this release is the inclusion of the ultra rare “Africa Is Our land” from Joshua Moses, a UK Roots classic. Bristol wasn’t all about Roots though and the other tracks follow a more mellow template, dealing with love and relationships, both Talisman and Joshua Moses show another side to their music and are joined by tracks from Buggs Durrant, The Radicals and Sharon Bengamin who’s “Mr. Guy” is a classic UK Lover’s track in the mould of Janet Kay, Carroll Thompson, Louisa Marks et al.

“The Bristol Reggae Explosion 1978-1983” will be released as a fourteen track CD, but you can’t have a proper Reggae release without it being on vinyl so there will be a very limited vinyl pressing featuring an eight track selection and just to keep things local the sleeve art is a mid-eighties carnival shot from Bristol’s own Beezer, (www.beezerphotos.com), featuring a classic image of Jah Revelation sound-system.
This release will shine the spotlight on a long neglected corner of the UK Reggae scene and Bristol’s musical heritage, the same music that would help underpin Bristol’s musical dominance in the following decade.
www.bristolarchiverecords.com

All tracks re-mastered by Steve Street, July 2010
All Rights Reserved

Photo credits: Thanks to the original photographers and artwork designers with whom copyright remains on their work

This album is dedicated to Mark Simpson and Trinity Hall