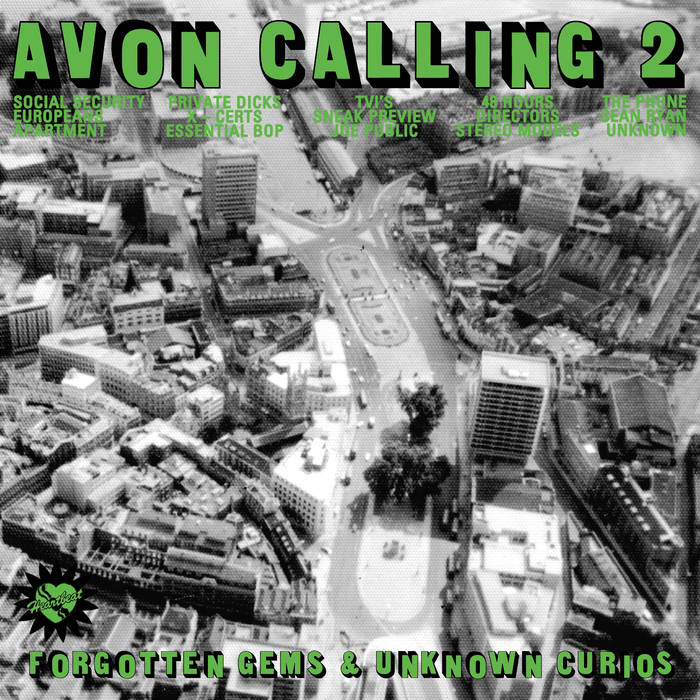 20 SUPERB TRACKS ALL PREVIOUSLY UNRELEASED including 2 bonus tracks only available with this version of the download.

In 1979, Bristols’ music scene was riding the crest of the new wave, spawning numerous bands and performers whose influences and indeed physical beings have gone on to feature in some of todays’ big music makers.

During this period local musician Simon Edwards decided to form Bristols’ first independent label, Heartbeat Records, to capture all the excitement and get Bristols’ music out beyond the M32.

With so many bands to choose from the label set about releasing a series of 7” singles, and such was the demand realised by these that a compilation LP featuring fifteen of these bands was released. The album, topically titled AVON CALLING went on to achieve near legendary status – even hailed by John Peel as “truly superb, the compilation that all others should be judged by”.

Such was the interest in the album that the bands involved continued to supply the label with demo tapes, and the lucky ones went on to release more singles, even 12” EP’s and ultimately LP’s. The sheer volume of demos and the eventual logistical constraints of “just how many records can one man put out in a year” meant that only a few would actually see further releases - though the content was in most cases nothing short of superb.

Label boss Edwards openly admits to continually returning to many of the songs purely
just to listen and enjoy some “bloody good music”. Long has it been his ambition to put together an album of these songs - for no other reason but to get them out there where they belong, so they can at last be heard by others and the bands once more be applauded for making such exciting and essential sounds.

Well, the dream has finally been realised and Bristol Archive Records have given him the platform to finally release AVON CALLING 2, a collection of previously unreleased recordings from the vaults of Bristols’ Heartbeat Becords. Featured bands include EUROPEANS, APARTMENT, SNEAK PREVIEW, JOE PUBLIC, 48 HOURS, ESSENTIAL BOP, THE DIRECTORS, THE X-CERTS and SOCIAL SECURITY.

This new album full of forgotten treasures will sit perfectly along side the original AVON CALLING release and go some way to completing the story of just what was happening in Bristol back in 1979/1980 and how the music sounds as relevant today as it did back then.