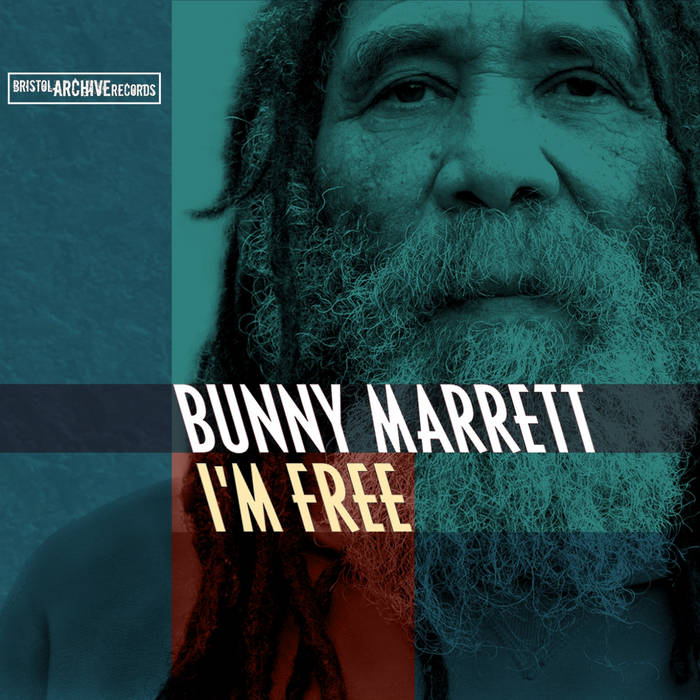 An influential figure on the Bristol reggae scene since the 1970s, Bunny Marrett has been shamefully neglected on record with just two tracks on the A side of a 1981 Shoc Wave 12” his sole output, although his compositions have fared somewhat better having been recorded and released by both Black Roots and Delroy Ogilvie.

Bristol Archive Record's June 18th release of Bunny's 1986 recorded album “I'm Free,” should go some way to making up for that oversight. As a bonus, Bunny is accompanied by legendary Bristol band The Startled Insects and equally legendary local jazz drummer Tony Orrell.

Bunny may be a reggae artist, but he is also a jazz lover and with first rate jazz accompaniment, the music they produced is a totally natural fusion of reggae and jazz that more than twenty five years after it was recorded still sounds totally fresh. It's naturalness, it's simplicity and it's beauty make this music timeless and with an appeal far beyond the traditional reggae market. This is joyful music created by musicians who were obviously having fun and that shines through. There is no artifice in this meeting of Jamaica's and the United States' greatest musical gifts, it just works as a perfect blend of styles.

Bunny has been singing since his childhood in Montego Bay and after relocating to Kingston was soon entering talent competitions. Moving to England whilst still in his teens, Bunny continued to sing as well as becoming involved with sound systems. He also embraced the local jazz scene as well as the diverse music of the West Indies including learning to play Piano with Laurel Aitken. Although his profile outside of Bristol may not have been high, by the time he recorded “I'm Free” he was an experienced writer and performer.

When they collaborated with Bunny the, Startled Insects had already made an impact with their first two records on Antenna and were about to be signed by Island. One of the Startled Insects, Richard Lewis, will be well known to fans of Bristol Archive Records as legendary engineer and producer UK Scientist. The remaining band members known as just the Insects, would go on to a very successful career scoring music for film and television, writing for Massive Attack and working with several leading UK acts.

Drummer Tony Orrell is something of a legend in Bristol music circles. In fact, having played with Spirit Level, Sphere, Andy Sheppard and Adrian Utley to name just a few, he's a hugely respected musician on the UK jazz scene and has often utilised his talents for non jazz artists.

The vinyl LP contains the 1986 album as it was envisioned, four vocals, the uplifting title track “I'm Free”, Bunny's tribute to Bob Marley with “Jazzy Reggae” making an excellent adaptation of the Wailers original. “Farm Diggin'” inspired by life in rural Jamaica and “Natural Princess” a pure love song, “Jazzy Reggae and “Farm Digging” are accompanied by their versions/dubs. For the CD issue we have added “Times Are Getting Harder” and “Hard Times (dub)” both tracks from Bunny's Shoc Wave 12”.