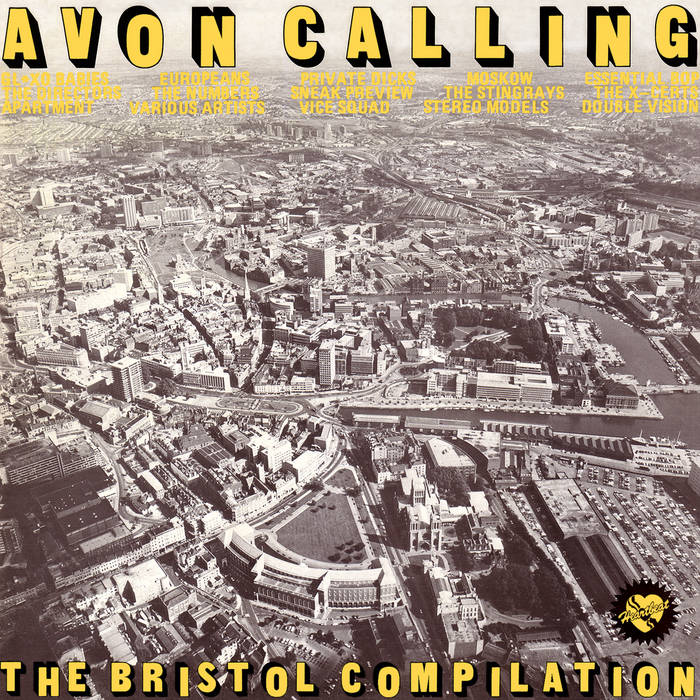 After the huge success of Attrix Records’ Brighton compilation Vaultage 78, there was something of a vogue for regional albums, and the obvious man to throw the West Country’s musical hat into the ring was Simon Edwards, head honcho of Bristol punk and post-punk indie label Heartbeat.
When Heartbeat distributors Cherry Red demurred, Edwards convinced them with the 4 Alternatives EP featuring excellent tracks by The X-Certs, 48 Hours, Joe Public and The Numbers. It more than did the job, though only The X-Certs went on to appear on the album.
It was recorded at Crescent Studios, Bath, with David Lord and Glen Tommey at the controls with two bands recording per day, one in the morning and one in the afternoon, sharing gear where possible. This was a fantastic studio, but not cheap so time was of the essence.
The finished result, Avon Calling, was everything that Simon and Cherry Red had hoped for and then some. It’s now regarded as a post-punk and pop-punk classic and a cult favourite in countries like Japan, where The Stingrays tour every year, and their Avon Calling track Sound is a show-stopper every night.
The ever-canny John Peel declared Avon Calling “…really the standard by which the others must be judged in future because it really is superb. There are fifteen tracks on the LP, genuinely not a bad one amongst them and a lot of really good stuff.”
And he wasn’t wrong, of course.
All tracks digitally restored and remastered by Bristol's legendary recording engineer Steve Street.
Avon Calling comes home so to speak and gets a welcome rerelease via the Bristol Archive Records imprint. Released on CD and Digital Download on 21st October 2016