by The Various Artists 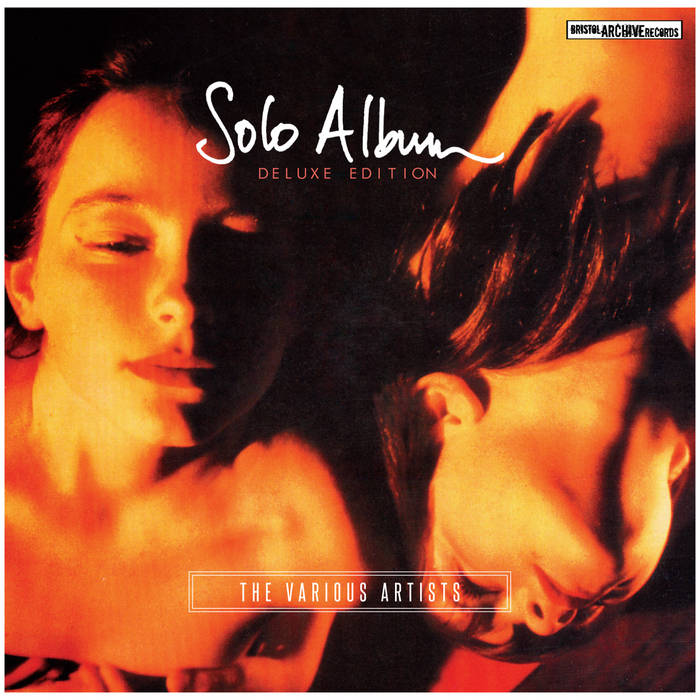 NB this is not a compilation album.
20 tracks by the band that confused the hell out of record reviewers everywhere.

SOLO ALBUM originally released in 1980, and now re-released in 2012 rides again with a 16-page booklet entitled 'The true story behind the most confusingly named band of all time'

In 2012 the members of THE VARIOUS ARTISTS may have bought a Band Name Generator App to ensure a name that guaranteed the correct allocation of royalties and an indexing in record shops to aid discovery. Then again, if you made one mistake, you might not add to it by calling your album SOLO ALBUM. But then again, if you’ve been in Bristol for a few years Bristolian irony may just have rubbed off. We have to take some credit because this lot weren't born and bred.

The Key brothers Jonjo (Vocals/Guitars) and Robin (Guitars/Vocals/Keyboard), were originally from Birmingham which perhaps explains a certain TWO TONE reference here and there. They were joined by John Langley a drummer of some distinction, with Christian Clarke providing Bass.

3/4s of THE VARIOUS ARTISTS were simultaneously THE ART OBJECTS, (with original Various Artists member Bill Stair on Bass Guitar) and it was from this 'school' that emerged THE BLUE AEROPLANES. Not that the bands were taking the same subjects and this isn't an album that traces that evolution. Nor do we have to find echoes of the 'Bristol Sound' because it isn't there.
The eclectic mix of tastes that the bands personnel brought with them works; it's an album that feels so familiar that by second playing humming is compulsory. This album is not just a soundtrack to the 80's it feels like an album you've known all your life.

‘UNLUCKY IN LOVE’ and ‘STRAIGHT SEX’ could so easily have been hits for ELVIS COSTELLO, an influence that Jonjo (principal songwriter) acknowledges in the accompanying booklet of the real story behind the album in his own words.

Jonjo’s lyrics are intelligent and their poetry connect them to their ‘school’, ' obsessed by a cure for mortality, caressed by your normality’. There is a history lesson in the clearly enunciated lyrics. ‘UNOFFICIAL SECRETS’ is about sexual oppression in the home. His words tell the story of things that mattered in an era when young people questioned inequality and discrimination. So what's in a name, it could have been worse they could have called themselves THE WHO.

Tracks 16, 17 Taken straight from the desk

Track 13,14 included with the approval of Andy Leighton of Fried Egg Records

Tracks 18, 19 and 20 included with the approval of Thomas Brooman CBE on behalf of The Bristol Recorder 1980

All recordings owned by Jonjo and Robin Key with the exceptions of tracks 13,14,15, 18, 19, 20 and exclusively licensed to Bristol Archive Records

This album is dedicated to The Clifton Trendy’s (We were only jealous!)