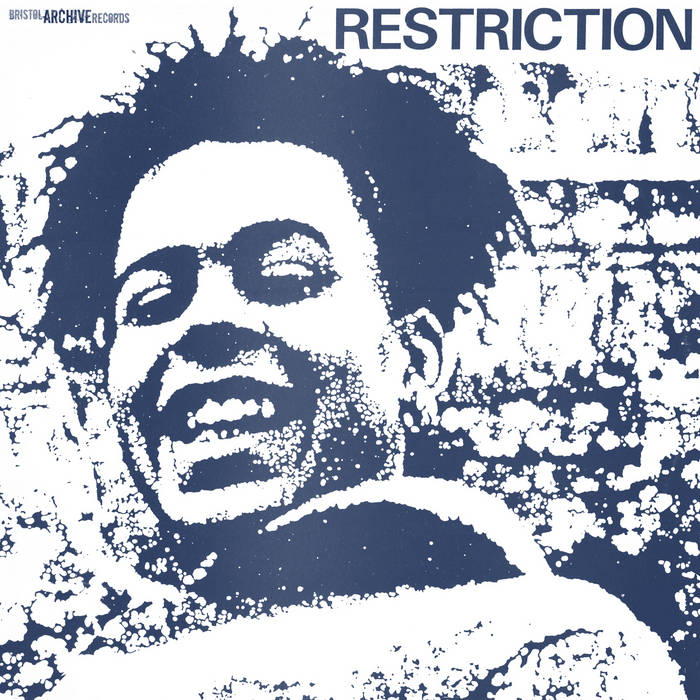 Muhammad another cracking release by Bristol Archive Records...and what a great band Restriction were..

Although Bristol Archive Records has done its best to expose their music to a wider audience, Restriction remain an unknown pleasure to many reggae fans. Hopefully 2015 will see this change with the release of an album of previously unreleased recordings spanning the group's active years -1982 to 1986. As something of an appetiser for that future full length album, we thought we'd celebrate Record Store Day 2015 with a limited edition of the only record Restriction issued during their existence; the four track 12” “Action” EP.

Restriction had their roots at the start of the 1980s in Zion Band, a group put together as a backing band for a publicly funded musical aimed at reducing the then chronic unemployment rate among young adults. The results of this state funded endeavour were much better than the idea might sound on paper and can be heard on Bristol Archive's “Bristol Reggae Explosion” series. Once it came time to move on, the core members of Zion Band formed a new group, Restriction. Unusually for the time, the group was multi racial and would also come to employ both a male and female lead vocalist.

As a young band with a diverse line up, their gigs showcased an assortment of reggae styles with much more diversity in their sets than older more established bands. They soon garnered a dedicated following across the UK and beyond as well as support slots for leading Jamaican acts. Unable to obtain a record deal, they financed their own release. To record the record they teamed up with a young engineer who was already having an impact on the UK scene, the one and only Mad Professor and the band travelled to London to record at Ariwa Studios in February 1984.

Released in small numbers later the same year, the record is a perfect showcase for the group's unique sound. Starting with “Action” the music is as upbeat as the song's message “to have faith in yourself” as the female vocal of Jendayi alternates and contrasts with the band's male vocalists After a couple of minutes the vocals drop out and we are treated to some horns driven dub before the vocals once again return. Both sides are in true disco mix style and without a pause, the record drops into “Four Point Plan” a DJ cut with “The General” on vocal duties.

Side B leads off with “Restriction”, a horns driven instrumental which then leads into “Re-Action”, a full percussion led dub workout. This one 12” manages to cram in more variety than most albums and gives a hint of just how exciting Restriction were live. It's also worth noting the temporary addition to the line-up, of legendary Jamaican Trombonist Vin Gordon; at the time Vin was a fellow resident of Bristol and happily shared his skills with many local musicians.

Although Restriction didn't achieve the success they deserved, many of the band's members continue to play and record, the most successful being Rob Smith of Smith And Mighty, More Rockers and RSD fame. In the last few years he has again collaborated with some of his former band mates forming AMJ Collective whose first 12” is available from our sister label Sugar Shack Records

Restriction “Action” is available for the first time in thirty years re-released by Bristol Archive Records for Record Store Day 2015, 18th April as a vinyl only 12” limited to 500 copies worldwide and housed in a facsimile of the original sleeve.

Mixed and engineered by THE MAD PROFESSOR

Written, arranged and produced by RESTRICTION