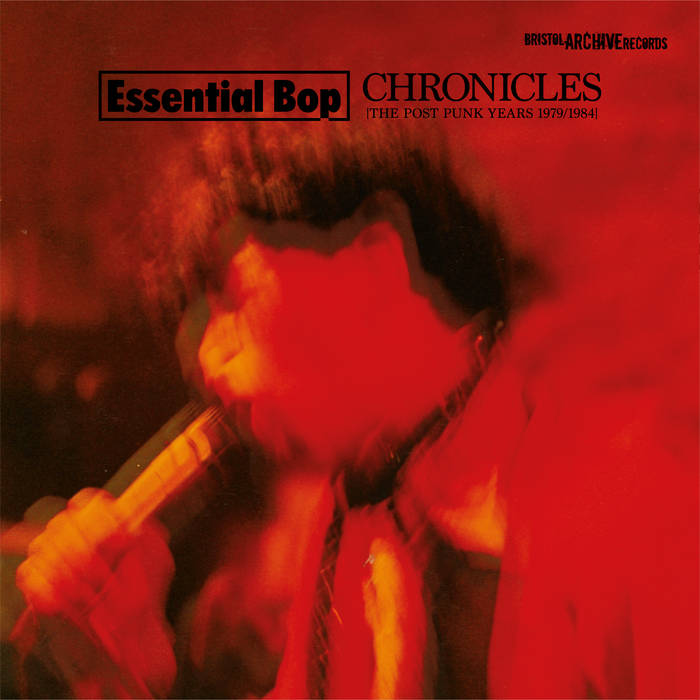 Too weird for the straights and possibly too straight for the weirdos Essential pop emerged from Bristol's post-punk maelstrom along with the Art Objects, The Glaxo Babies, The Pop Group and a bunch of other lesser-known outfits that came to dominate the Bristol scene for a few years. Formed by a bunch of refugees from earlier Bristol acts, including punk pioneers The Cortinas, they became known for a rather manically chaotic stage act and a slew of eclectic recordings which enthralled, bemused and confused by turn. Punk, Prog, Art Rock, Psychedelia, poetry – you want it, you got it.

Suffering, as did many Bristol bands of that time, from being 'prophets without honour' outside their home town they became surprisingly popular in places as far afield as Holland, Italy and the USA, but couldn't get arrested in Beaconsfield...

Two popular singles ('Raiders Blues' and 'Croaked') sounded like they might do something, and assorted tracks on compilations, including 'Chronicle' on the famous 'Avon Calling' album – reputedly one of John Peel's favourites – didn't do any harm, either. These led to an NME cover (a big deal in 1981) and a Paul Morley interview. An album 'The Flick Was Boss' followed in 1984, by which time the band's principal actors singer Steve Bush and keyboardist Simon Tyler had decamped to try their luck in The Smoke - along with virtually every other 'New Wave' musician in Bristol - where the band flickered, smoked, withered and then died. A reunion is threatened from time-to-time, but has yet to be realised.

The 'Essential Bop Chronicles' album combines the singles A and B sides, the best of the 'Flick Was Boss album', some live tracks plus the songs that originally appeared on 'Avon Calling' and the 'Bristol Recorder' compilations. Originally issued in the noughties, the album has been remastered and includes extensive sleeve notes and a selection of rarely seen photos, posters and other artwork.

For those seeking an insight into what was happening in Bristol in the days before Massive, Tricky and Portishead put Bristol firmly on the musical map Essential Bop's 'Chronicles' will do the job, and some. The band may be a footnote in Bristol's musical history, but they wore very large shoes.
www.bristolarchiverecords.com

All songs written by Steve Bush and Simon Tyler

Photos by The Camera People

Dedicated to the memory of Janina Tufnell