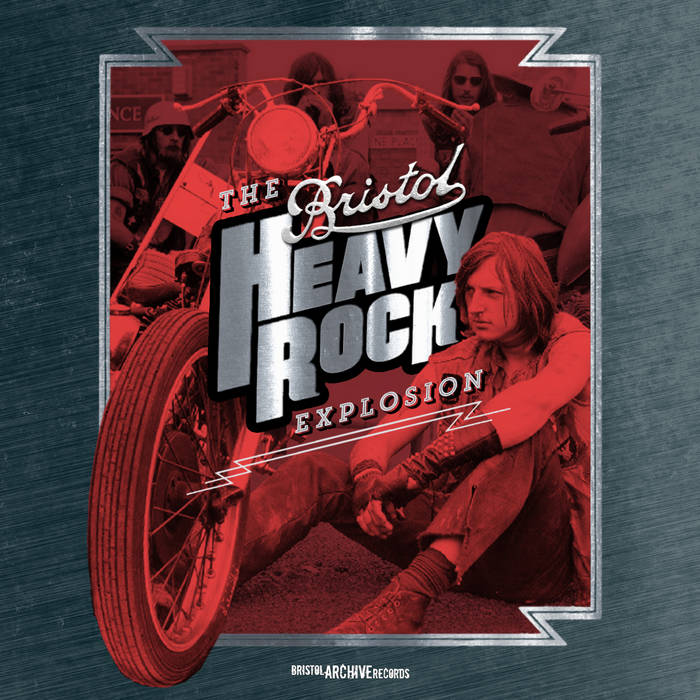 The critically sanctioned history of Bristol music tells us that the melting pot of punk and sound systems spawned a generation of musicians who skipped arm-in-arm from hip hangout the Dugout Club to conquer the world with the fabled 'Bristol Sound'. All of which is true. But it's not the whole story. That great sage Mr. Rob Zombie has described metal as the biggest underground movement in the world. There are outposts in every major city - even cooler-than-thou Bristol. Mostly unnoticed by the local and national press, the city's hard rock and metal acts have created an impressive and remarkably diverse body of work over the years.

Of course, we shouldn't over-state the case. Bristol isn't the West Midlands. The city has never produced a Led Zeppelin, a Black Sabbath or a Judas Priest. Nor has there ever been a local hard rock/metal 'scene' as such; indeed, many of the bands in this compilation are not known to one another. If you choose to play this type of music, you cannot afford to succumb to the great Bristol band syndrome of cliquishness and insularity. No metal band has the slightest chance of becoming a big fish in this small pond. So as much through necessity as ambition - and there's been no shortage of the latter quality - Bristol's purveyors of the heavy stuff have tended to be much more outward-facing than their peers. And the rest of the world has been listening, from the NWOBHM-obsessed likes of Metallica's Lars Ulrich and James Hetfield lapping up Jaguar's proto-speed-metal and recycling it into world-conquering thrash to Max Cavalera of Brazil's Sepultura and key members of the early Scandinavian black/death metal scene gorging on the hugely influential anarcho-punk/metal crossover of Amebix.

Compiled by Mike Darby and Andy Fox
Photography Credits: Copyright remains on the various photographers great works
All songs published as stated above
All recordings owned by the artists as named and exclusively licensed to Bristol Archive Records with the exception of Track 2 and 11 licenced through Sambourne Studios / Chapel of Rock Ltd and CGMP/Music 2016 - all rights reserved and track 17 which was licenced from Easy Action Records with the support of The Baron

This record is dedicated to Andy Allan (Cave and Coachhouse Studios) and Andy Fox.