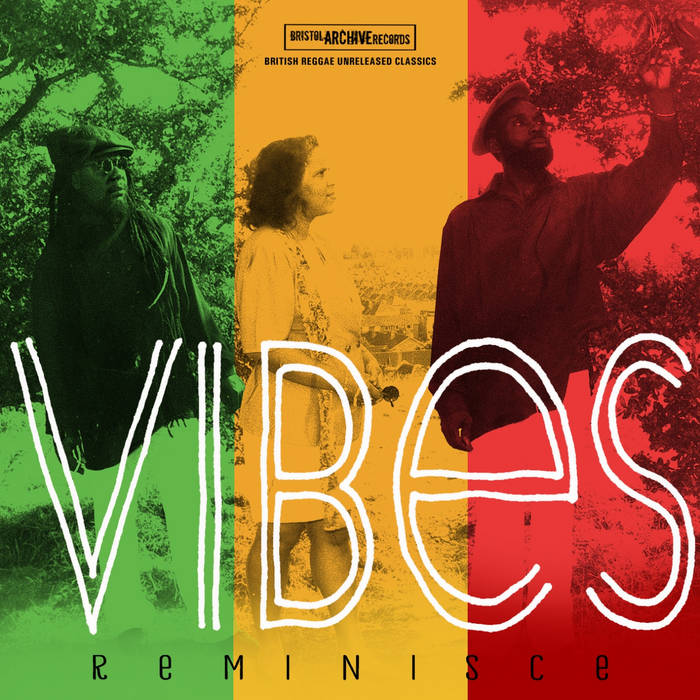 With decades of involvement in the Bristol music scene, Winston Minott and Popsy Curious are no strangers to Bristol Archive Records. Winston was the lead vocalist with Cool Runnings and can be heard on their self titled album as well as volumes 2 and 3 of our “Bristol Reggae Explosion” series. It is on volume 3 that you can also hear Popsy with his “Chant Down Bobby Rome”. It was after these recordings and after they had shared the stage as members of Black Flames that the two men decided they wanted to focus more on reggae and create their own sound, from which Vibes was born. After a few months, a chance conversation with the sister of local singer Veronica aka Veereal led to her recruitment and with the unusual mix of two men and one woman on vocal harmonies, the group's sound fell into place.
Although they gigged both locally and further afield, Vibes were always focused on recording. With Veronica, Winston and Popsy all writing songs, they soon got down to work creating their own unique take on the reggae sound which they then practiced and polished before heading for the studio. Over the next three years they recorded several tracks but were always too busy to finish the mixes, moving on to the next song and with no record deal they just kept writing and recording. The band would split up almost by accident when, with Popsy on an extended visit to Jamaica, both Winston and Veronica found employment opportunities in London and plans for the band went from being on hold, to a permanent split.
Having already worked with all three, the Vibes members decided that Bristol Archive Records should be entrusted with their precious masters and so Mike Darby took possession of the multi track tapes. It took a while to find the right person for the job, but we really got lucky when we decided to ask Dave “Oldwah” Sandford to mix the tapes and create the finished album. Dave has been a reggae fan for more than forty years. He is also an accomplished musician with years of experience and although this is his first commercial project, his previous reggae mixes have already gained him a cult following.
As soon as we heard the first finished mix we knew we had the right man and so, after twenty years, Vibes album “Reminisce” is finally completed and in the words of Popsy “everything we wanted it to be”. The album contains 15 tracks including dub versions and as a bonus, we've thrown in some mixes from Bristol Archive's resident mastering engineer Steve Street (Doug The Dub).
Vibes “Reminisce” is released on 15th April 2013 by Bristol Archive Records as a CD with a booklet detailing the band's story and a digital download, available from all usual outlets and finally taking reggae in Vibes own unique direction.
www.bristolarchiverecords.com