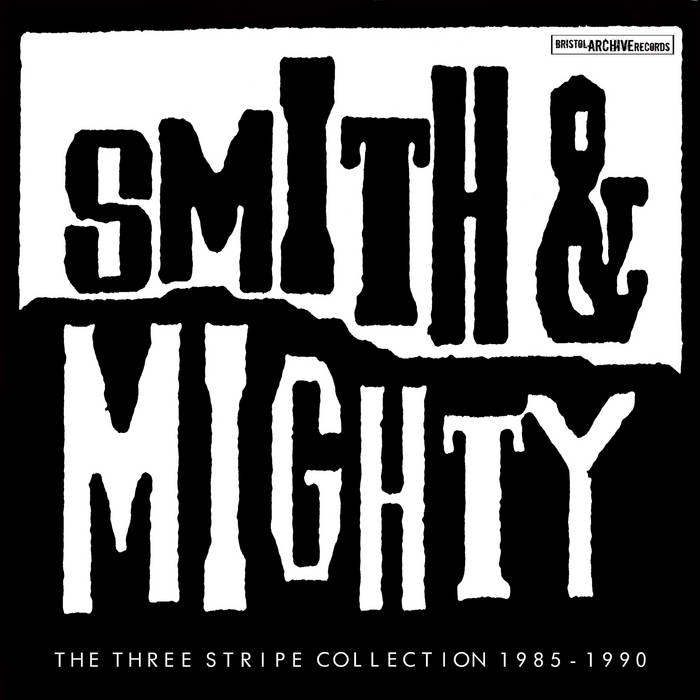 Dave This is The Soundtrack to me Growing up in St Pauls , Bristol & Discovering Skunk, Pills & Great Music. Hanging out in Blues Clubs in Easton & Standing around Stoned listing to Great Sound Systems Such as The Wild Bunch in Clubs Like The Tropic & Moon. Essential.

During the 1990s, “The Bristol Sound” became a global phenomenon with albums from Massive Attack, Portishead and Tricky regularly placed high in polls of the best albums of the decade or indeed of all time. But for those in the know, “The Bristol Sound” had been defined at the tail end of the eighties with a string of releases from the studio of Rob Smith and Ray Mighty.

Perhaps if they hadn't been so ahead of the field, had released an album instead of a run of singles or if their subsequent signing to a major label had worked out, the names Smith & Mighty would be as well known as those other Bristol artists.

It's never too late to put the record straight and add another name to the pantheon of Bristol music greats, something they more than deserve. It is with genuine excitement that Bristol Archive Records announce the release of Smith & Mighty, “The Three Stripe Collection 1985-1990”.

The 17 tracks have been personally selected and compiled by Rob Smith and start with “Walk On” and “Anyone” the two songs that announced the arrival of Smith & Mighty and heralded the coming of “The Bristol Sound”. The tracks selected, comprise a complete overview of the label's two years as an independent, highlighting just how productive and creative the partnership was. They took musical ingredients from reggae, funk, hip hop, pop, house, soul and anywhere else that inspired them, added a huge amount of talent, skill, originality, a large portion of the Bristol vibe, some primitive digital technology and turned out cutting edge, boundary crossing dance music the likes of which had never been heard before. Being producers they used these songs to showcase the pool of local talent including; Jackie Jackson, Krissy Kriss, MC Kellz and DJ Lynx.

The majority of these tracks have never been re-released since they appeared as singles more than twenty years ago and for the first time they are gathered together as an album. “The Three Stripe Collection 1985-1990” will be issued on May 14th as a double vinyl LP, CD and digital download, to borrow from one of the song titles “This Is The Time” to finally acknowledge the Smith & Mighty legacy and as Krissy Kriss says in that very song, “This is what we call the Bristol Style......just listen”.