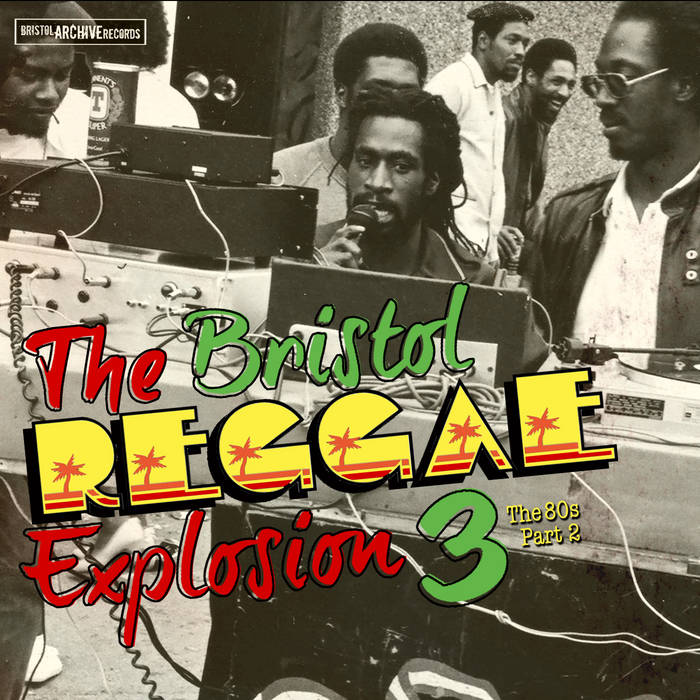 The Bristol Reggae Explosion is back with a third volume. Whilst still happily exploring what was happening in the city during the 1980s, we've bent the rules and included a lone track from 1979. If anything, this third volume is our strongest so far, an amazing achievement when you consider that 11 of the 15 tracks are previously unreleased.

By popular demand, “Bristol Reggae Explosion Volume 3 – The 1980s Part 2” has a strong leaning towards the roots side of reggae. The album opens with Revelation Rockers “Jah Praises”, recorded in 1979 and taken from the album of the same name that sees its first release on Bristol Archive Records in March 2012 exclusively on vinyl, so it's inclusion on Volume 3 will be it's only CD issue. Revelation Rockers soon changed their name to Talisman and as such they feature twice more with the unreleased (Cave mix) of “Takin' The Strain” and “Lick & Run” taken from their debut album “Takin' The Strain”, re-released on CD as a deluxe edition in March 2012.

We included Bunny Marrett's only vinyl outing on Volume 2. He returns for Volume 3 with an incredibly soulful and atmospheric performance of “I'm Free.” An alternative version will be included on Bunny's first album which Bristol Archive Records plan to release later in 2012, something we are really excited about.

Another act from whom we intend to release a long overdue album is Joshua Moses. ‘Stick It Up’ is a live recording that gives you some idea just how good his shows were and is a taster from the album ‘Joshua to Jashwha- 30 Years In The Wilderness’. Maintaining the roots vibe are Zion Band, most of whom would go on to form Restriction but not before putting out a six track EP and we’ve included “Babylon Fire/Babylon Dub” from that scarce vinyl release.

Although very well known locally, Popsy Curious gets his introduction to the worldwide reggae community with his “Chant Down Bobby Rome”. He makes a second contribution showing his lovers rock side, as one of the vocalists on Vibes' “My Love”. The remaining artists Ron Green, Zapp Stereo, The Radicals and Dan Ratchet will be familiar to those who have our previous volumes. It is worth noting that Dan Ratchet is backed by members of Aswad for his take on the classic mid-eighties U.K. reggae sound. Bristol Archive Records are currently working on releasing Dan's first album from which “Sweet Rosie” is taken as well as an album from the multi-talented Ron Green.

All in all, these 15 tracks provide a great overview of the diversity of ideas and styles that were bubbling away in 1980s Bristol. We have had a great response to our first two volumes and hopefully volume three will receive an equally positive welcome.

Disclaimer: We have made every attempt to find the original owners of these wonderful recordings. If a member of the band or anyone else reads this and can supply us with any information it would be greatly appreciated in relation to Zion Band and Zapp Stereo.

All tracks mastered by Steve Street throughout 2011

Thanks to the original photographers and artwork designers whom copyright remains on their work.