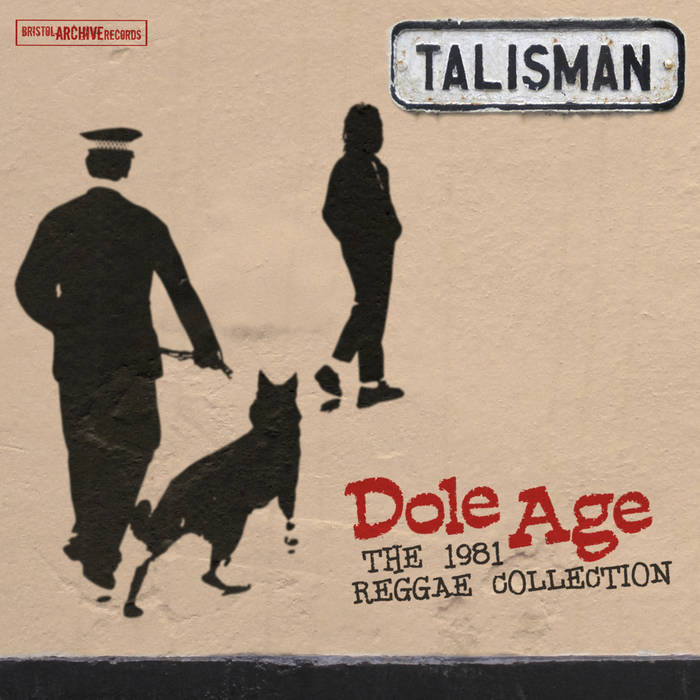 11 STUNNING TRACKS 7 PREVIOUSLY UNRELEASED IN ANY FORMAT, 5 DIFFERENT TRACKS ON THE VINYL ALBUM (INCLUDING THE 12” MIXES)

Hot on the heels of the critically acclaimed “The Bristol Reggae Explosion 1978-1983” Bristol Archive Records return to the City's rich reggae heritage with another album full of lost gems. This time it's the criminally neglected Talisman who benefit from a long overdue and well deserved release.

Originally formed in 1977 as Revelation Rockers, a name they soon changed, by the early 1980s, Talisman were consummate performers not only vying with Black Roots for the title of Bristol's number one reggae act, but also one of the country's most popular live bands. They toured the UK building up a loyal following and leaving memories of gigs that are still discussed to this day. The band's prowess earned them support slots with acts as diverse as Burning Spear, The Clash and The Rolling Stones and they were more than capable of playing in such esteemed company.

Despite their undisputed talent a major record deal never materialised and until now the only way to hear Talisman has been to track down their two difficult to find singles from 1981, or their two later LPs, “Takin' The Strain” from 1984 and “Jam Rock” From 1990. Now after nearly thirty years Bristol Archive Records have lovingly compiled a CD of the band at their peak in 1981. Not only does the CD contain the band's two original 7” singles, but also seven carefully selected live cuts from classic shows at Glastonbury and Bath University.

This is the first time on CD for this material and is also the first proper release of any kind for the live tracks, though either gig was surely strong enough to have produced a proper live release at the time. If only the finance had been there, at least there was the foresight to properly record the shows for posterity.

Being a reggae release vinyl hasn't been forgotten. The limited edition LP is effectively a completely different release featuring the full extended 12” mixes of both singles in their entirety as well as the previously unreleased “Nitty Gritty”.

As with the label's previous foray into the local reggae scene, which incidentally also features tracks from Talisman, this release allows a new generation to hear some great music and strongly makes the case that there was a lot more to the UK reggae scene than Aswad, Steel Pulse and Misty In Roots, Bristol was rocking just as hard as London or Birmingham and Talisman were a large part of the reason why!

Except on Tracks 5,6,7 Keyboards Chris Potter

All tracks originally re-mastered by Shaun Joseph at Optimum, January 2010 and compiled, edited and remastered by Steve Street December 2010

Except Tracks 3 and 4 Published by Sony/ATV Music Publishing and Tracks 1,2,5,6 and 7 Published by All Media Music