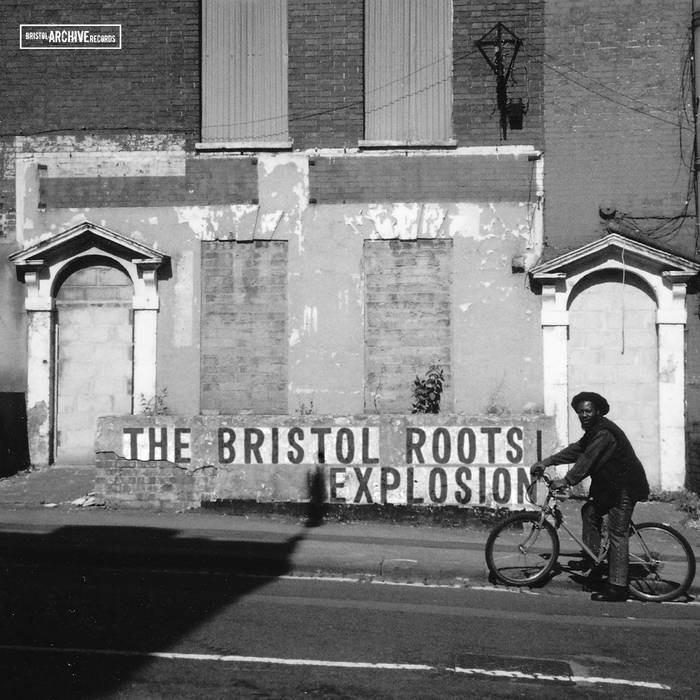 To keep a vinyl album on catalogue and steadily selling for five years, is something of an achievement and we are rightly proud that “The Bristol Reggae Explosion 1978-1983” and it's slightly newer follow-up “The Bristol Reggae Explosion 2 – The 1980s”, both continue to find new fans. Unfortunately five years, is also a long time when it comes to licensing agreements and with the expiration of some licences, we needed to update both compilations and swap some tracks for alternatives. Since 2010, our approach to compilations has also evolved, so both updated volumes will be getting a release on CD and digital download. When it comes to vinyl, we've borrowed an idea from our hugely successful Midlands Roots Explosion series and created a brand new exclusive vinyl compilation, “The Bristol Roots Explosion”.

The new LP naturally draws heavily on the first two Bristol Reggae Explosions, featuring firm favourites such as Joshua Moses' all time classic “Africa (Is Our Land)” produced by the great Dennis Bovell, Bunny Marrett's rare and almost impossible to find on the original 12” “Times Are Getting Harder” and Ron Green's 3D Productions “Riot”, another track that's very difficult to find on its original 7” format.

Local legends Talisman contribute the 7” mix of their excellent “Dole Age” single and make a second appearance, in their earlier Revelation Rockers guise with “Culture”. Having reformed around the time our first Bristol Reggae Explosion was released, it's good to see that Talisman are also still going strong and making regular live appearances throughout Europe. With the core members of Restriction also being members of Zion Band, we have another double with “Calling For Mercy” and “Twelve Tribes”. It's been a long time coming, but Restriction fans can rest assured their planned compilation album is still on its way.

The remaining two tracks mark the debut appearances for Big Roy and the Rhythmites. Roy 'Big Roy' Bailey has been involved in reggae music for decades and is still active to this day; he was also one of the first Bristol reggae artists to document his talents in the studio with this track “Ethiopia Revelation” dating from the mid-seventies. It's great to welcome Roy to the fold. Bath band The Rhythmites saw a welcome reissue of their “Integration” album earlier this year, it's excellent to add them to our compilation series and also to give the excellent “Nation Integration” a vinyl outing.

Compiling this album along with recompiling the first two volumes of “The Bristol Reggae Explosion”, we also looked at updating the sleeves and tweaking our approach to graphics. The vintage cover shot we chose was provided by the ever supportive Popsy Curious and shows him on his bike outside what were the remains of Bristol's famous Bamboo Club. It was with great sadness that we recently learned that Popsy had passed away. He was a true friend and supporter who will be greatly missed and it's somehow a fitting tribute that he adorns the cover of this release.

“The Bristol Roots Explosion” is exactly what the title says, a record that documents the West Country take on roots reggae from the second half of the 1970s until the end of the 1980s. The album will be released on vinyl LP and digital download on 4th March 2016, distributed by Shellshock/SRD Distribution and available from all good retailers worldwide.