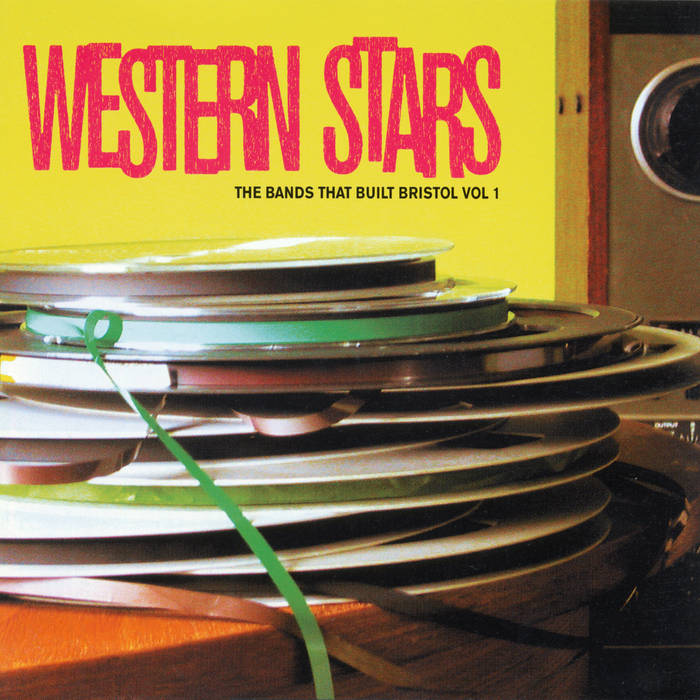 
Awash with 40th birthday parties, it's been a great couple of years for viewing fat, sag and follicle loss amongst Bristols 'we're going to make it' set of the 70's and early 80's.

At the latest we were pre-warned by our hosts (including Gareth Sager -Pop Group, Rip Rig and Panic Kevin (Ebo) Evans- Colour Tapes) to anticipate the onset of the ageing process. So I squeezed into a pair of leathers, applied layers of slap and prayed for dim lighting..... and do you know it plain didn't matter.

The Tabernacle, Notting Hill was simply oozing with Bristol-weaned artistic talent. From a Make up artist on Eastenders to Dexter Dalwood - Cortinas now an internationally acclaimed artist, what these people shared was a Bristol Music past that must of made an impact long before the Bristol Sound was invented.

Unfortunately together with physical deterioration, memory loss is a big set back for the over 40's or is it simply that the 60's catchphrase about not really having been there if you remember it, applies to all decades. In either case, try and get people to remember back then and you get lots of 'I always stuck to the Dug Out carpet' and not much more.My very first experience of bands and such like was gawking at my friends brothers band Exiguus Mus containing Ben Young (pre Cold Storage entrepreneurism) and the dabblings of Tony Moore (of Eurovision Fame!). I really can't remember the music but it was probably of the'progressive' genre.

In search of a more diverse musical education and boys that wore Ben Shermans, I joined Youth Clubs and lent against palm trees at Tiffany's hoping for a musical awakening. No sooner positioned than some boys I knew got a gig 'up the Youth Club.'It was my first local live experience and although Jeremy Valentine was the butt of my newly discovered sharp tongue (I adamantly deny having ever snogged him), I had to concede that together with Mike Fewins, Nick Shepherd, Danny Swan and Dexter Dalwood, The Cortinas were on the road to somewhere.

Now Mark Stewart, who I had considered extremely uncool as I was the only girl at his Birthday party at which his Mother produced a Birthday cake, announced his intention to 'gig.' The Pop Group's first outing was at Tiffany's and I was there, ready to 'take the piss’. Instead I came away hooked, hooked on the music, hooked on the rock and roll dream and hooked on the endless possibilities for boys. The Pop Group rise to fame and the esteem with which they are revered today is well documented and the Birthday incident now replaced in my memory by one of Mrs Stewart standing next to Ian Dury at a Pop Group 'event' at Hope Centre.

Jeremy Valentine, a bitten off ear, a punkette and presumably Shane McGowan (as he has been credited with the incident), for me it was the first time someone I knew appeared in the national music press.

Meanwhile other groups were emerging on the Bristol circuit and with them my realisation that going to watch a band didn't need to be the intense experience that Maestro's Sager and Stewart would have us believe.

The Spics were my first love, not only were they graced with a plethora of good looks (I can't look at Michaelangelo's David to this day without remembering John Shennan), but their music was fun, I could dance to it (they did a mean version of Springsteen's-Fire, before The Pointer Sisters) and Wendy, Sarah and Jo's backing vocals introduced me to a previously unknown concept, that girls could do it too.

The back bar of The Lion, Cliftonwood, once I'd found it, was the place to hang. The glitterati met and talked in loud voices of big name supports and 'pie in the sky ' record deals, but here too 'yet-to-be exploited' innovations were realised. Bands were formed, shuffled and renamed. No one had any money, signing on was fine if you said you were a poet, all our clothes were from second hand shops and DIY record production was the toast of the day. Heartbeat, Fried Egg, Wavelength recorded The Spics, Shoes for Industry, Various Artists, Gardez Darkz, The Europeans, The Untouchables, Wild Beasts, Essential Bop and more. Avon Calling became the first Bristol compilation album and in the absence of anyone spotting my potential as a lead vocalist, I became the first female DJ down the Dug Out Ah, the Dug Out, unique and never cloned, a club for non-clubbers, where chatting was easy and disco scorned. Where Indie could be mixed with Reggae and Glaxo Babies back to back with Joe Loss (1979- I did it first!). From then chronological order becomes blurred.

Mike 'Spic' knew some people moving into a house in Redland, they needed a sixth. I was that girl, although I seriously doubted my sanity on first meeting Neil and Richard (at least I combed my hair on a regular basis), but Matthew was quite cute. They'd moved in together to form a band and after much deliberation and Pils quaffing in The Kensington, became The Electric Guitars.

The house was a pigsty, the basement a rehearsal room and the kitchen a health and safety hazard. (Why Gary Clail broke in and nicked our baked beans is a mystery to this day.) Proverbially 'starving in their garret' these boys produced a new genre of music and stage presence that took Bristol by storm.

At some point the innovative Video Bar, down the Dug Out was Rockfords Restaurant and who better to staff it than Bristols wannabes. Amongst others Mandy Joseph (Art Objects Muse) Mandy Stewart (Scream and Dance), Mike Smith, (Joe Public, Circus Circus) and Ian Mullard (Circus Circus) cooked and waited between gigs. Yours truly not content with the decks downstairs, and the griddle upstairs promoted bands on Wednesday nights, Pete Brandt's -Slow Twitch Fibres amongst them. We cooked and partied, Green Rooms, The Stonehouse and later Carwardines. Out of towners came proving we were with the groove Echo And The Bunnymen, Paul Young's Q Tips, U2 at Redland Teacher Training College. Sometime along the way I DJ'd at Trinity Hall, supporting the likes of The Cramps and The Thompson Twins.

Where other Independents had failed trying to promote more than one up-and-coming band at a time, a clever gimmick (then) of incorporating an ad filled magazine between the covers, aimed to fund this compilation album of local bands.

The high quality music became staple diet at my Monday night Dug Out slot, returning the compliment, Recorder 2 mentioned the Dug Out to be 'excellent with Jill at the controls.'(Spelling forgiven). By the time Recorder 3 appeared, the eighties had begun to take hold and with it a crisis of confidence in the local scene. Major record companies ate 'indies' for breakfast, the recorder used The Thompson Twins to boost sales and potential Bristol Sounds were swallowed by way of Tax loss. Pigbag made Top of the Pops, but that didn't have the knock on effect that Massive Attack has had today.

I moved to London and partied with Shane McGowan, The Higsons and tried to set up an Independent record company with Speedy Keen (Thunderclap Newman), our showcase act Cold Fish dumping us for the first Major that made them an offer, never to be heard of again..(Pete Howard re-emerged with Nick Shepherd in The Clash, who incidentally have a lot to thank me for, I was obviously the catalyst!)

Returning to Bristol with big city ideas. I promoted new bands (Brilliant Corners) at the new function bar Upstairs (above the Dug Out), tried the 'Club one nighter, 'The Dug Down Too Far' ahead of my time, band management (Tootin' Crocodiles) and gradually gave up DJ'ing. No way was I getting into that scratching business and ruining my vinyl. (Anyway some geezers calling themselves The Wild Bunch seemed to have that all sewn up).

When the lights went on that night at The Tabernacle, the 80’s survivors were revealed and in the corner was a forty year old woman beating herself over the head for giving up DJ'ing at a giddy peak of eight quid a night.