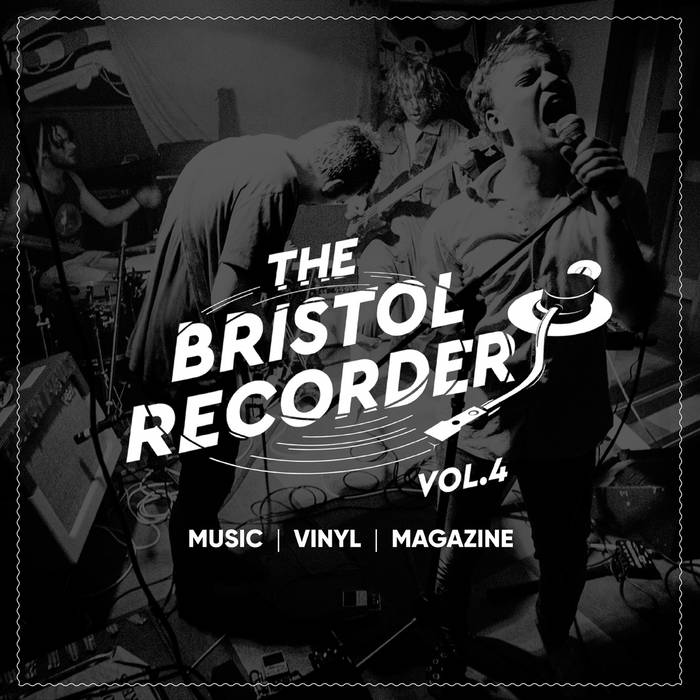 The Bristol Recorder is a unique combination of vinyl record and topical magazine devoted to the music and cultural life of the city. The gatefold sleeve of our LP becomes the front and back cover of the magazine exploring, celebrating and challenging all things Bristol. The ten vinyl tracks are by local and nationally recognised artists and the magazine’s twenty pages are chock full of engaging articles on Bristol’s cultural and social scene, past and present. We have a strong design aesthetic, completely black and white, reflecting our heritage and featuring original photography and illustrations. We are also grateful for the support of both local and national advertisers in the magazine pages.

Most magazines and newspapers are discarded within weeks, if not days, whereas the Bristol Recorder is kept for years. Original copies from 1979 and 1980 are now collectors’ items.

Our musical and editorial standards are high, and the artists featured on vinyl give an eclectic view of Bristol’s music scene, reflecting the huge diversity and quality on offer in our wonderful city.

A first edition of 500 copies of Bristol Recorder 4 will be released locally, nationally and globally on Record Store Day, Saturday 21 April 2018. National and international distribution will also be via Shellshock/Discovery and Bristol outlets will include Records Shops, M Shed, The Arnolfini, Foyles, Waterstones, Bristol Tourist Information Centre and Bristol Museum.

Bristol is recognised internationally for its huge musical diversity and innovation, and this reputation has grown steadily ever since the pivotal years of punk and new wave in the late 1970s.

Three editions of The Bristol Recorder were released in 1979 and 1980 and major artists contributed tracks alongside original recordings from the best of the City’s thriving music scene. The Thompson Twins, Electric Guitars, Peter Gabriel, The Various Artists and Robert Fripp all appeared and critical reaction was immediate and hugely positive.

“What this adds up to, is a good read and a good listen that strikes a happy medium between polished professionalism and the enthusiasm of fanzines. Excellent.”
Time Out Magazine.

“The best idea I’ve seen come out of the independent record structure yet.”
Sounds Magazine.

“Really…every city should have one.” New Musical Express.

With this relaunch, both record and magazine will continue to celebrate Bristol - its people, its places, its achievements and issues. And, of course, its music.

Photos by The Camera People
Design by Sam Giles