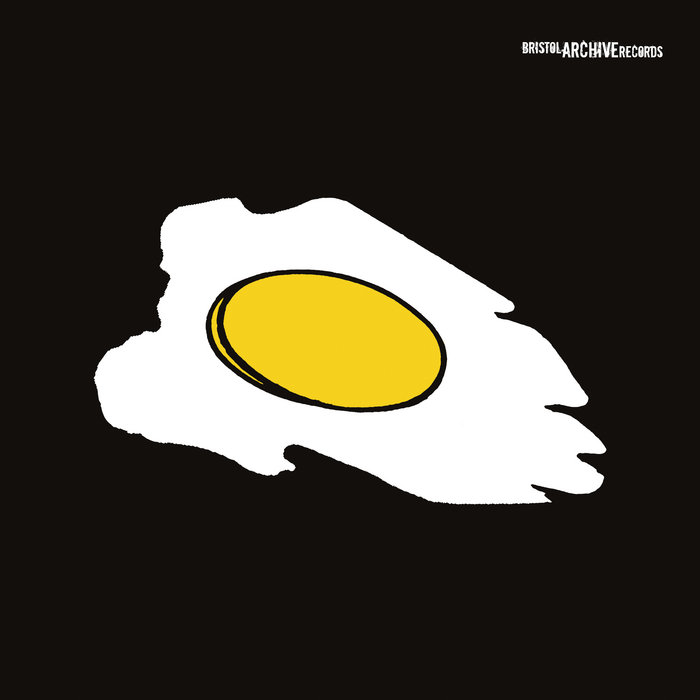 Ah, Bristol in the punk era! Guitars, cafes, speed and conspiracy theories. Originally one of the main punk centres (early attention for the Cortinas, Social Security and the Plastic Snowmen), by 1979 it had settled into the position it holds today - self-sufficient bohemianism with a hint of cross-over and the occasional defining moment to interest the outside world.
By the turn of the decade, the original punk-oriented labels were already looking beyond the city to fame and big bucks (yeah right) and not reflecting the uniquely pungent flavour of punk, pop, pilfering, piss-take and pretension that has always characterised this inland port.

Someone had to recognise Bristol's combination of shit-hot musicianship, theatricality and absolute disregard for success, and that man was Andy Leighton, Phil Manzanera look-alike guitarist for the Crystal Theatre (a real 60's alternative theatre group) and publisher of The Rocky Horror Picture Show.
The Crystal Theatre production of RADIO BLZBUB (featuring a youthful Keith Allen) led to the formation of Shoes For Industry, and then to Fried Egg Records, and then to a John Peel session. Suddenly, a label! Led by the twin poles of musicality and eccentricity, it must have seemed normal at the time to sign anything that sounded good or interesting. A bunch of 13-year-olds performing Dr Feelgood-style R & B? No problem! A performance poet backed by college-rockers who were also Bristol's premier pop band? Great! Post-punks who split up before they could be accused of inventing Simple Minds? Fantastic! A tour of England and Europe called the Be Limp tour? Spiffing! Fried Egg's world domination was only prevented (according to local rumour) by Andy inheriting a Caribbean island and disappearing from the scene.

Personally, I remember that time with great affection. I saw all these bands play live in all the local dives and we all had a great time. No one knew anything about The Music Industry, and I'm sure it would all have been different if we had. What we had was clever innocence: useless for paying the mortgage and it won't get you press coverage, but these recordings were made for the hell of it and to get gigs at the Western Star Domino Club. Nothing quite like this stuff exists today, and whether that's good or bad is up to you.