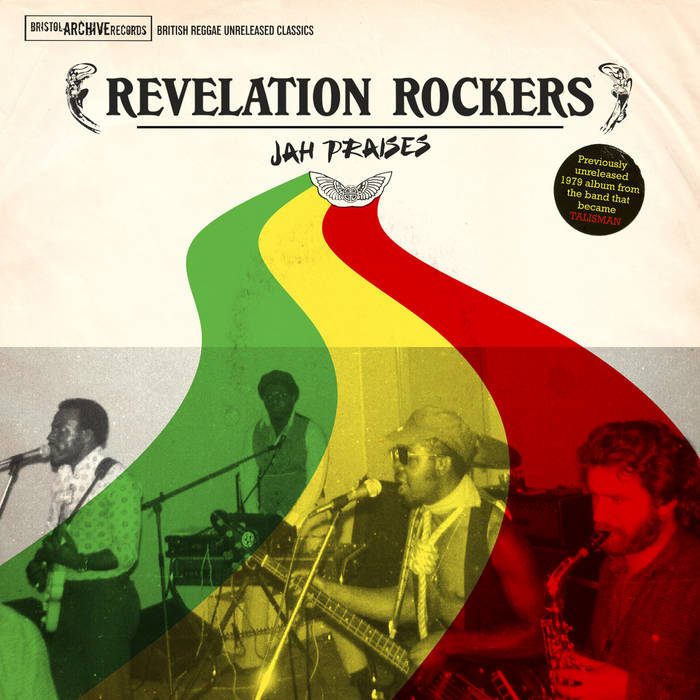 Soon after these tracks were recorded in 1979, Revelation Rockers would evolve into Talisman and this album would be forgotten for more than thirty years. As part of Bristol Archive Records ongoing project to document the Bristol reggae scene the master tape was rediscovered and gets its first public airing as a vinyl LP just as it was always intended to be.

This record contains classic late seventies British roots music contemporary with Aswad's “Hulet” Steel Pulse's “Tribute To The Martyrs” and Misty In Roots “Live At The Counter Eurovision”. Happily it stands it's ground in such exalted company.

This record is a time capsule dealing with the reality of life in late seventies Britain, racism, mass unemployment, industrial unrest and poverty. The title track is a paen to Jah driven by a relentless bass line backed up by horns, the sort of song that was almost compulsory for any seventies roots album. From praising Jah, the music tackles the loss of cultural identity caused by the legacy of slavery, “Give me back my culture, give me back my roots”, the track “Culture” makes its message clear. Perhaps borrowing a lyrical idea from the Wailers “Who Feels It Knows It” makes it clear you can't truly relate to how others live their lives until you've actually experienced a similar situation yourself, a lesson still very much relevant today. “Wicked Dem” is a song that would go on to become one of the signature tunes of Talisman. Here we have its earliest recorded incarnation and very different from the version we all know, rawer, sparser, slower and heavier, but just as hard hitting and able to hold its own with the later Talisman cuts. The album ends with a change of mood, a love song, yet there's nothing soft about “When You're Away” as it's driven along by a heavy contemporary backing with the added benefit of horns.

It's a rare event to have the opportunity to hear an entire “lost” reggae album, even rarer when the music is this good. This record is a must for all fans of UK roots reggae and beyond, rewriting the story of what was happening on the Bristol and UK reggae scenes in 1979. Long overdue it may be, but Revelation Rockers finally get to secure their place in the music's history.

Recorded at Crescent Studios, Bath, UK on 25th May 1979
Engineered by David Lord and Glen Tommey