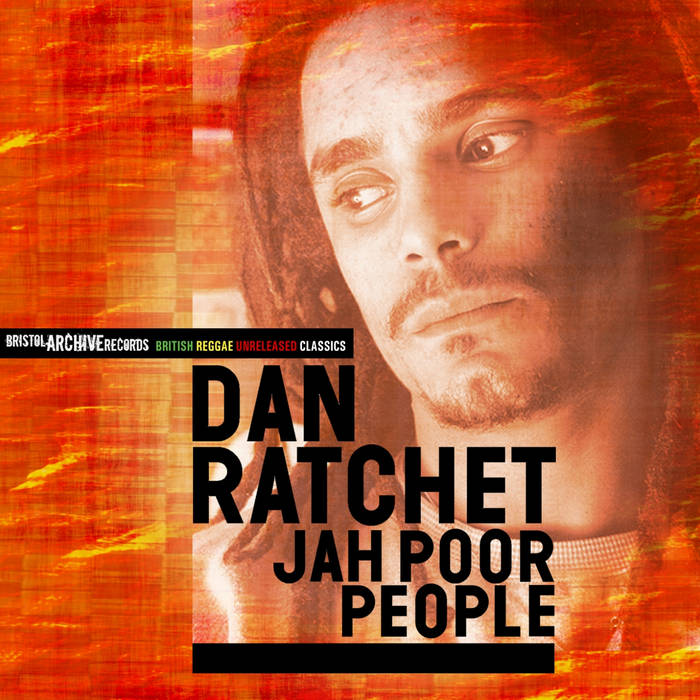 1986 was a period of transition for reggae music. In Jamaica roots had been entirely displaced by dancehall which itself was progressing from the early digital sound into what would become known as ragga, whilst in the UK a more mellow approach inspired by the commercial success of lover's rock held sway. Reggae's twin capitals of Kingston and London couldn't have been on more different paths and yet this was the year that a young Dan Ratchet would travel between both cities, absorbing their very different vibes and working with leading musicians from both scenes to record tracks for what was intended to be his first album.

Now after 26 years, that album “Jah Poor People” finally gets released on Bristol Archive Records on 16th July. Although he'd already gained plenty of experience on the live scene as a member of Full Force + Power amongst other things, Dan's big opportunity came through his cousin Simbarashe Tongogara, a writer and producer who was very well known on the UK reggae scene and had extensive connections both in the UK and Jamaica. Spotting Dan's talent Simba arranged for him to record the first sessions in London with backing provided by members of Aswad and Misty In Roots amongst others. An extended stay in Jamaica saw further sessions at Channel 1, Tuff Gong and Dynamic studios with first rate backing musicians including Earl “Chinna” Smith and Sly Dunbar. The final mixes were done by Steven Stanley best known for his work with Bob Marley and The Wailers.

Having completed the album, Simba and Dan faced the same difficulties experienced by so many other producers and artists and weren't able to get the record released as they wished, the only evidence of all their hard work being the 12” release of “Sweet Rosie” on the Jamaican Startime label and a Zimbawean issue for “The Time Has Come”. Finally the music's time has come and Bristol Archive Records are very pleased to be given the chance to showcase some of Dan's first recordings.

When Simba gave us the master tapes, we discovered that although the album had been conceived firmly in the vinyl era they'd recorded plenty of versions and alternate takes meaning we were able to select 16 tracks for both a full length CD release and a digital download. The album itself ranges from the political themes of title track “Jah Poor People” and “Afrikana Policies” to joyful expressions of love with “Sweet Rosie” and “Girl You Want My Love” yet whatever the subject, you can't miss the sweetness of Dan's vocals. This album truly demonstrates Dan’s amazing voice, and it is rather fitting that this, his first album should give him the wider exposure that his hard work and talents have always deserved, even if it is a quarter of a century after he and Simba started the journey.
www.bristolarchiverecords.com