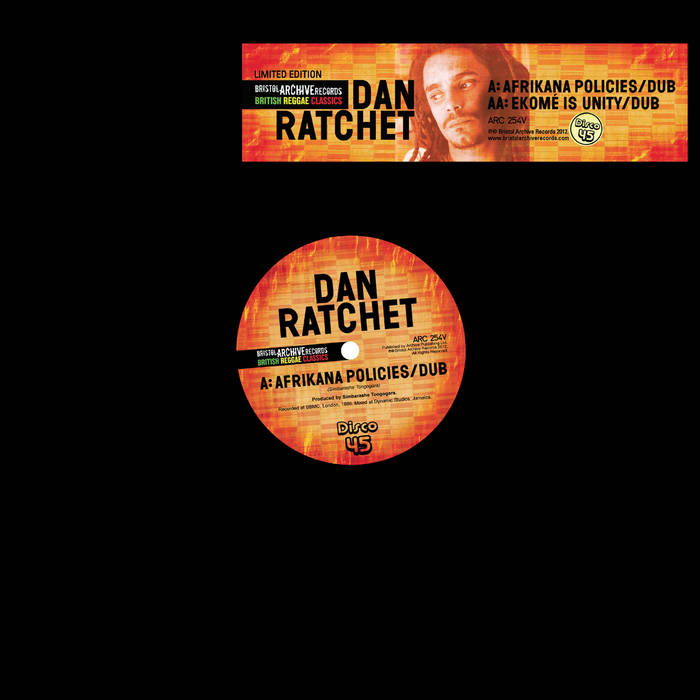 through Bristol Archive Records / Shellshock and all digital platforms.

For the young Dan Ratchet 1986 was a busy year. Under the guidance of Simbarashe Tongogara, his cousin and a man with extensive experience in the music industry, he spent several months working in Kingston and London studios recording what was intended to be his first album. For various reasons, the only songs to see a release were “Sweet Rosie,” which saw a limited pressing on the Jamaican Star Time label and “The Time Has Come” which had been co written with Misty’s drummer Munya Brown and released in Zimbabwe as a double A Side, coupled with Misty In Roots “Wandering Wanderer.” The rest of the tracks remained in Simba’s safe keeping until Bristol Archive Records licensed the album for forthcoming release under the title “Jah Poor People”.

As a taster for the album, Bristol Archive Records will be releasing a double A sided four track 12” single and digital download of the tracks “Afrikana Policies” / “Ekomé Is Unity”, both sides featuring the vocal version immediately followed by dub versions in proper reggae discomix style. As luck would have it, after we scheduled the release we discovered that the two songs are Dan's favourites from the album, what better recommendation could there be.

Recorded at the height of the campaign against apartheid “Afrikana Policies” was a message to the racist regime of P. W. Botha. Fortunately Dan's hope for an end to apartheid was to come true sooner rather than later, but the song's message still has resonance today and Dan's sweet vocal belays the strong political message of the song.

“Ekomé Is Unity” is a song inspired by Bristol based cultural organisation Ekomé and was co-written by the man behind it, Barry Anderson. Although Ekomé concentrated on African music and dance, many of Bristol's reggae musicians passed through its doors and Barry Anderson was a key figure in Bristol's live reggae scene during the 1980s.

Simbarashe Tongogara allowed us access to all the session tapes and as we were lucky enough to find alternative versions of the non vocal tracks, we have made them exclusive to the 12” vinyl and digital download and we have included different mixes on the “Jah Poor People” album.

The 12” vinyl and digital download will be available from 11th June from all good retailers and on the usual digital platforms.
www.bristolarchiverecords.com